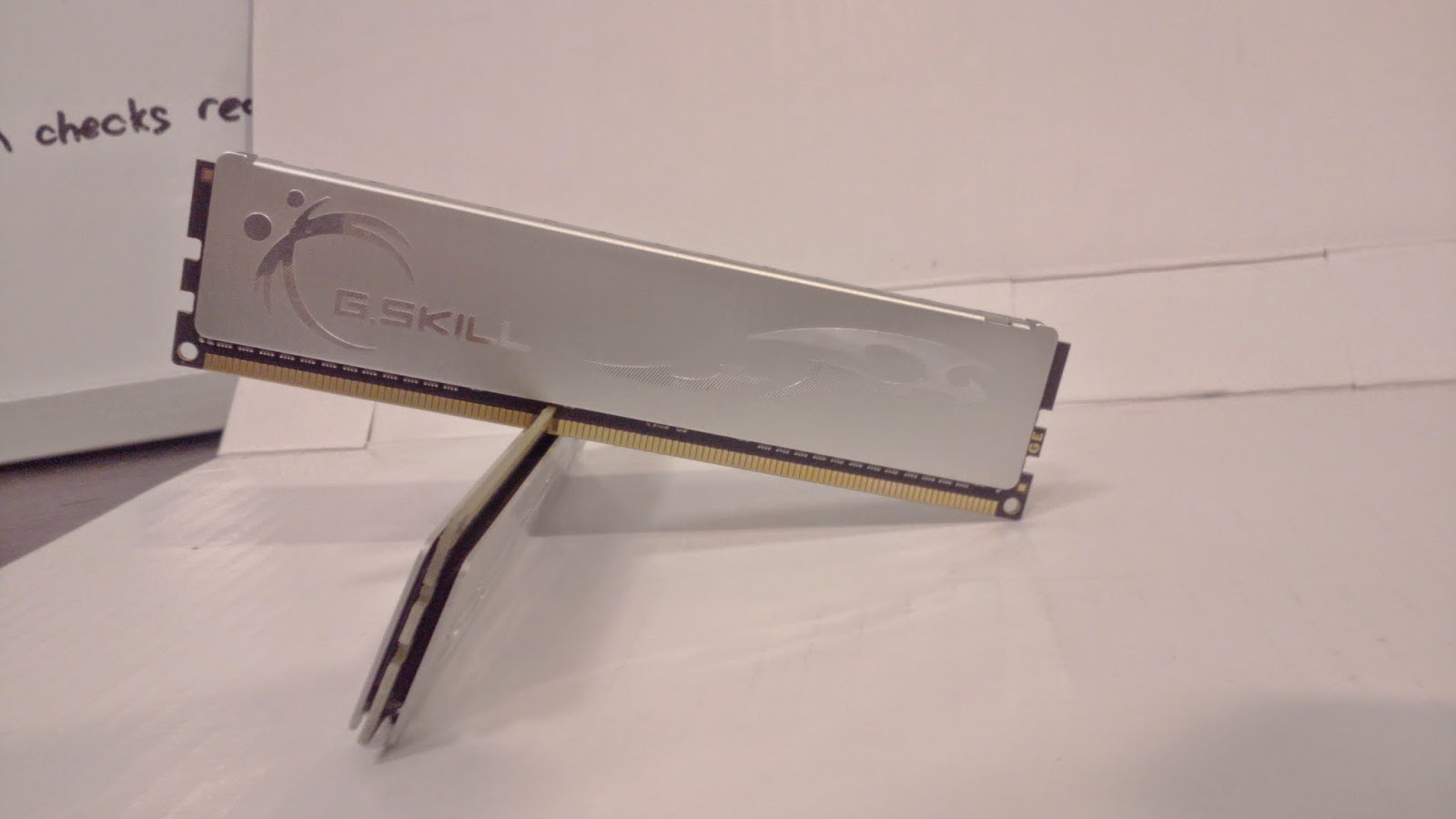 I finally figured out how to review these and got my review system fully setup so here goes.

Methodology of testing.
For the frequency part of the testing I test to see how high the kits can clock a certain set of timings for different voltages. This set of timings will be decided after I get a little time to play with the kit and so it will be different for every kit depending on how it does in pre-testing. Once those the timings to test are decided I will test the kit at the following voltages:
1.35V 1.5V 1.65V 1.7V 1.75V 1.8V 1.85V
The testing of the kit will be me raising the clock of the kit as high it will go while capable of running SuperPi 4M on my install of windows XP without crashing or erroring.

Note: I had to swap boards between the 7-9-8-24 and the 8-10-9-27 tests because my F2A88X-D3H died after did something stupid. So the rest of the review was tested using the Asrock A85X Extreme 6 and it has a bout 25mv of overshoot on the RAM VRM so when I list 1.65V for the higher timing test it actually means 1.675V  and 1.35V is actually 1.375V. The Gigabyte on the other hand under shot so if the results going from 7-9-8-24 to 8-10-9-27 look weird that's why. I will this stuff in later reviews. Also the A85X Extreme 6 is absolutely awful with RAM. I couldn't get the 21.33 multiplier to run and certain BLCKs wouldn't run any other multiplier than 13.33. It also automatically changes the Vcore and NB voltages when you change RAM frequencies which explains how it killed my 6800K it probably fed the NB 1.5V when I was trying to boot 2600mhz. Basically this board deserves to get punched. It's also why this review is unfinished. If anyone is wondering I was using the LN2 BIOS for the board. I wanted to test way more timings however there is no point in that when the board is incapable of producing certain RAM frequencies.


BTW RAM reviews take really really long to do. Especially when you don't have an SSD to boot from.
Posted by Buildzoid at 2:17 PM