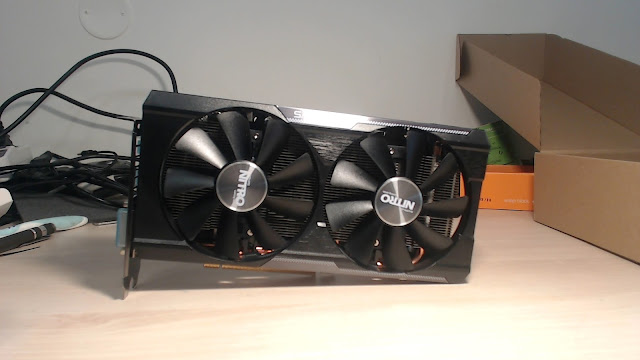 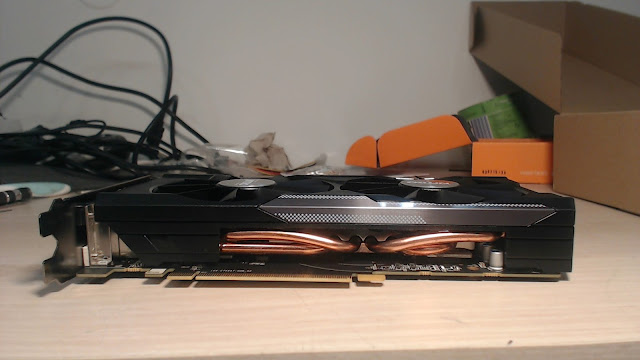 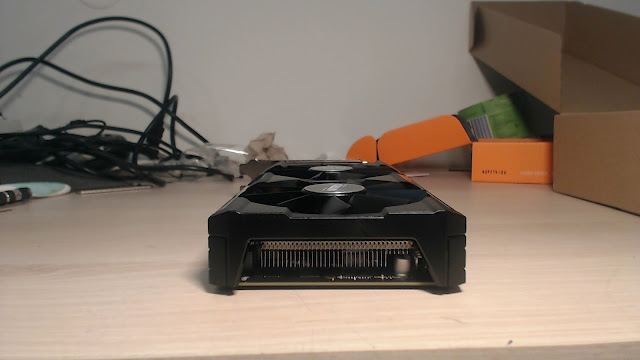 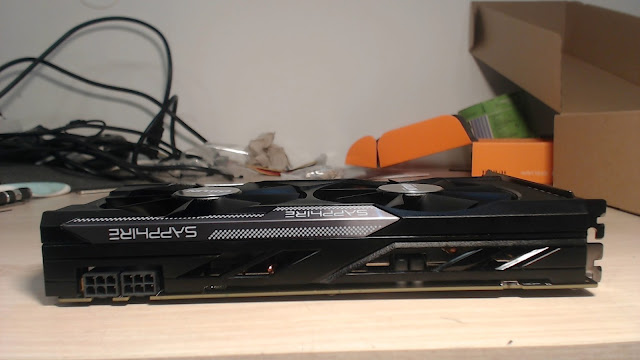 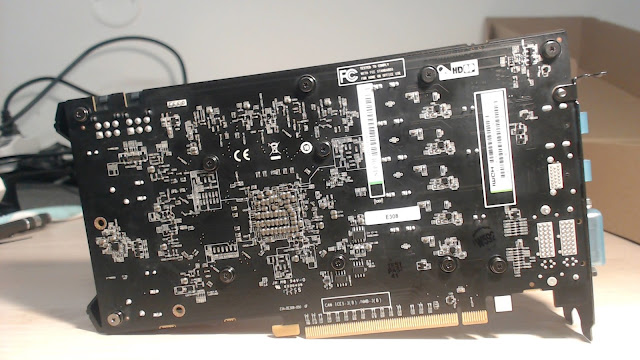 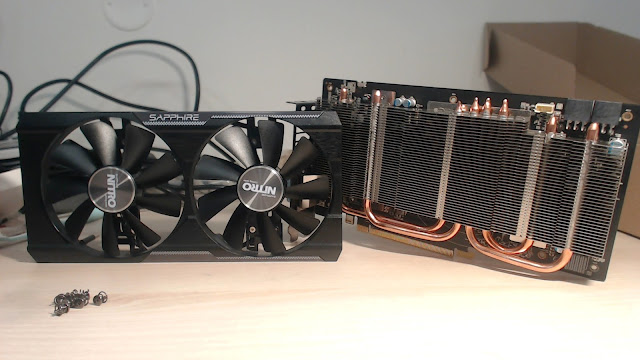 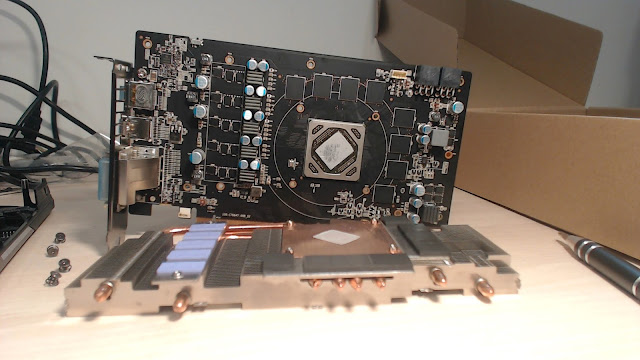 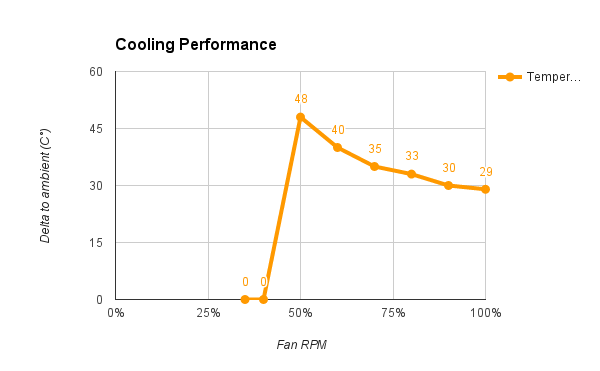 Overclocking
The highest I've managed to push this card to was 1110/1650mhz. The VRAM is made by Hynix and has  a stock voltage of 1.6V the core on the other hand has a stock voltage of 1.2V. The only downsides with overclocking this GPU is that there is no software voltage control support and the 20% power limit seems to be causing crashes because it's too low. The last issue is that you need to restart your system if the drivers crash because after one crash many previously stable settings will be unstable. Luckily this card uses an NCP81022 so it's quite easy to get rid of theses problems with a few simple mods and hopefully there will be software support for voltage control some time soon.

Conclusion: 18/20
I like this card. The VRM is plenty powerful even for extreme overclocking and the cooler is capable enough for gaming but also benchmarking runs with raised Vcore when run at 100%. Overall I'd say this is a very well balanced card especially considering that it's the cheapest R9 380 I could find.

Thank you to CoolerMaster for providing the V1000 PSU that was used for this review.
Posted by Buildzoid at 3:43 AM